Acra is a database protection suite with special features:

Major security design principles that you can achieve while using Acra:

One of the key design goals for Acra was to ensure that engineering behind the security guarantees is compatible with modern software development and reliability engineering practices.

Security design goals are rather simple (the guarantees are further explained and explored in Threat modelling and security guarantees):

However, any alteration of the app’s data consumption in an unauthorised manner should be noticed, reported and prevented:

Acra combines multiple security controls under one roof. This changes your risk model drastically - you can now deal with many risks with less security controls, and you need to monitor a smaller attack surface.

Acra changes attack surface to your data significantly, by narrowing it to (1) Acra and its supporting infrastructure, (2) application logic that queries data.

Acra moves the security boundary closer to the data. Insiders, privileged attackers, DBAs, infrastructure administrators have less opportunity for unauthorized access and there are no implicit “trusted paths” to access the data without authorization/authentication/security control application.

Acra is not the only tool that provide ALE. MongoDB client-side encryption is another great example of encrypting data before storing in the database. Acra allows applying ALE in the different parts of your system – on the client-side or on the Acra side.

Acra’s application-level encryption is more than data at rest encryption and TLS combined. 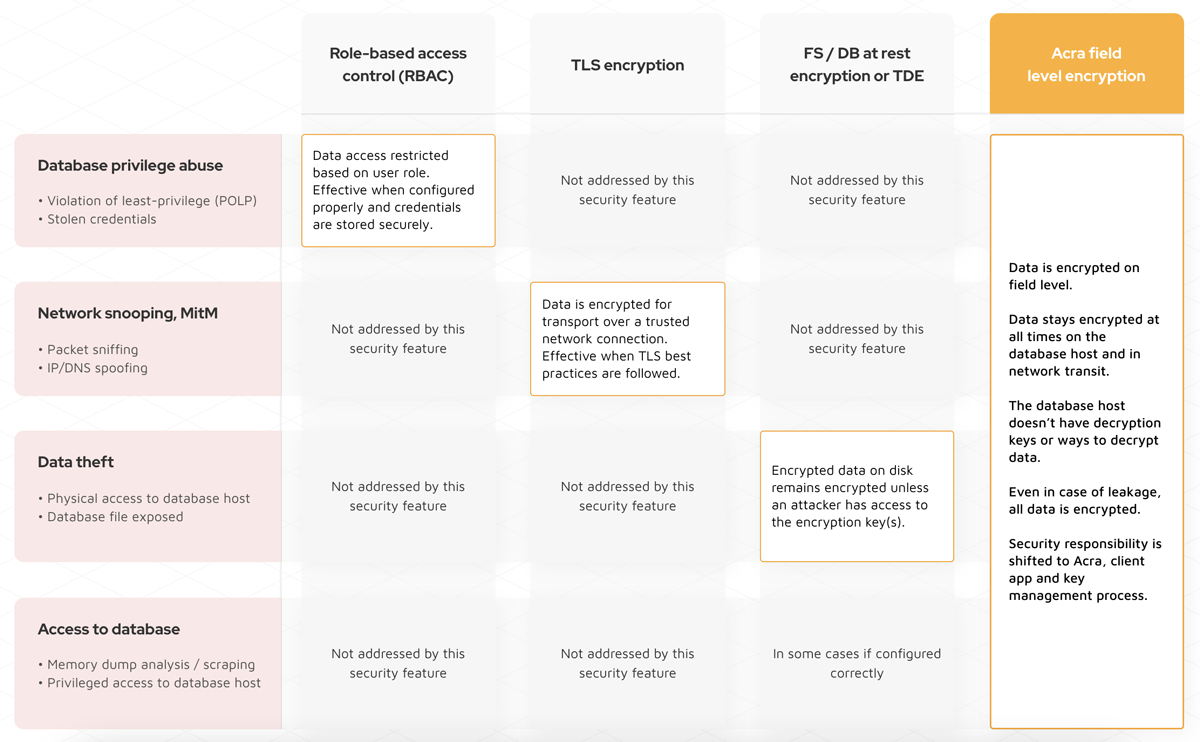