This feature is available in Acra Enterprise Edition only.

AnyProxy is an API server that works between several API-driven microservices/applications.

AnyProxy can transparently forward requests/responses, so your applications stay “thin clients”. AnyProxy works between several API-driven microservices/applications, and is, in fact, a remote API party for them.

The exact feature set of AnyProxy is defined by you and we shape it for you.

Refer to Acra Enterprise Edition to learn how it can your data protected, your Ops relaxed, and your life better.

AnyProxy encapsulates other Acra’s services. You want to encrypt data transparently for your app into MongoDB but AcraServer doesn’t support NoSQL databases? No worries, AnyProxy makes it possible.

We outlined some examples of dataflows for AnyProxy and DAO in the Dataflow chapter. 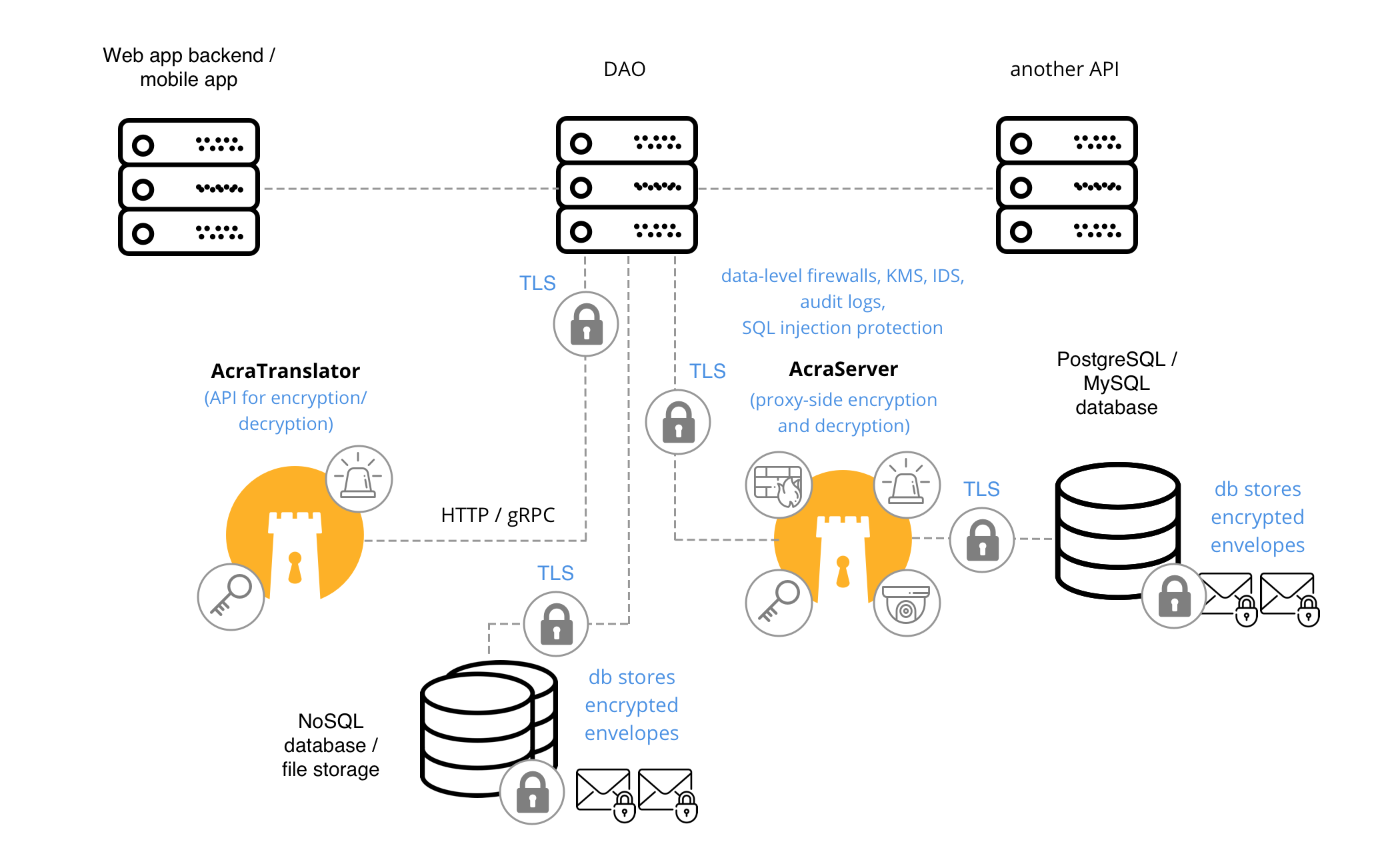 For example, once we built AnyProxy for MongoDB: we wrote client-side SDK in JS for client app written on NodeJS. The client app just called AnyProxy SDK with encrypt/decrypt commands. SDK then connected to the AcraTranslator to perform operations, received encrypted data and stored it in the MongoDB.

The exact feature set of AnyProxy is defined by you and we shape it for you.